"What makes this business different than any other opportunity," says Jody Dutt, "is that we have an elected body called the IBOAI that works with the Corporation, and as a result, a Code of Ethics that gives the IBO some protection."

Jody's father, Jere, a founding member of the American Way Association, precursor to the IBOAI, was a milkman whose struggling delivery route had been cut in size five times. "My father quit the milk route when I was three years old," says Jody, "which was about a year after starting Dutt Sales, selling Nutrilite." Jody’s father had not tried to talk Jody into doing the business, too, but told him it was available to him if he ever wanted it. "I was 18 or 19 when I finally got involved," says Jody. "After working a couple of different jobs I could see the difference between being an employee or an owner. The first time I saw the Plan, it was like a flood light turned on. I could build something, own it, and unlike the milk route, it couldn’t be taken away. This is what my Father realized the first time he saw the Plan."

Over the years, the IBOAI and Amway have joined forces to strengthen the Rules of Conduct and Code of Ethics to protect all IBOs. When changes to these two very important documents are recommended by the Corporation or the Board, the guiding criterion is, will it protect all IBOs? The IBOAI has made it job number one to be your voice and your advocate in the deliberations.

No other business or association offers this kind of advocacy or protection for its members. 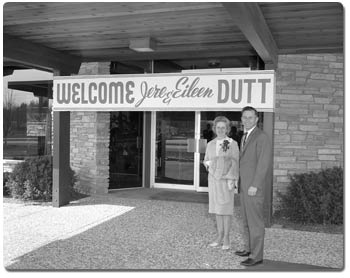