Among the names on the original Association charter signed in 1959 were Fred Hansen, Jere Dutt, and Joe Victor. "They were also the first three Diamonds in the business," says Jody Victor, Joe's son, "and they attended the first Bahama Rama in 1965 with 13 distributorships.

Those Three Founding Families are still very active in the business, and they qualify at least at the Diamond level every year." They are even still active on the Board. Jody Victor has been on the IBOAI Board in various roles for 30 years and now serves on the Governance & Oversight Committee, while Jody Dutt, Jere's son, served on the Awards & Recognition Committee. There are now third-generation members of the families active in the business! 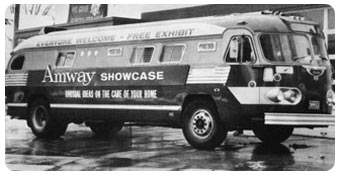