Canada became Amway first international market in 1962, and in 1964 Jim and Sharon Janz of British Columbia signed on as IBOs. Over the years, they’ve been involved in the Board as a parade of new markets came online.

"When Amway built the Center of Free Enterprise," says Jim, indicating the centerpiece of the World Headquarters complex in Ada, Michigan, "this became an international business. That's when IBOs began the explosive expansion. The Board even helped create the formulas for the marketing plans." With that expansion, IBOs could take their businesses to other countries, from the Americas, to Europe, Australia, and even Asia, including markets some thought would never support free enterprise.

Jim remembers a particularly visionary speech by Amway co-founder Jay Van Andel. "At the close of one his Diamond Club speeches in Hawaii, Jay predicted that one day we would be in China. At the time, it was still a closed country. Jay said, 'We will be in business in China.'" Today, China is one of Amway's busiest markets among its more than 80. 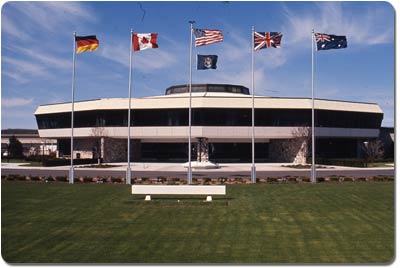