Whenever there's been a bump in the road, the business has always risen to the challenge, Jim Janz notes.

There was the FTC investigation in the 1970s, for instance. "Rich DeVos and Jay Van Andel were late for a Board Meeting one day," says Jim. "We waited for them, and when Jay came in he said, 'We have a little announcement: The FTC just came for thousands of documents - we're kind of proud of that; it puts us in league with some of the largest companies in the nation. We knew this opportunity would come one day, and we have saved up a war chest to defend our business model. We're confident we will win.' And of course, that's what happened. We actually published the FTC report in the centerfold of the Amagram, it was that good!" To this day it stands as proof of the validity of the business model.

Amway also suffered a tragedy when its aerosol plant went up in flames. For some young companies, that would have been a disaster, but not Amway. Says Jim, "We didn't miss a beat. We hired another company to fill orders until we could rebuild the plant." Amway built a state-of-the-art new facility that continues to fill orders to this day, even doing some contract manufacturing to maximize operations. 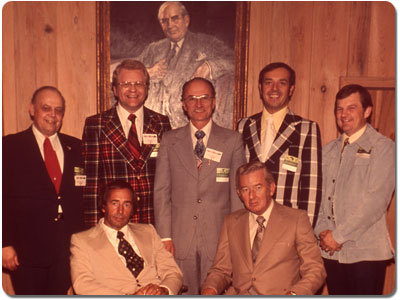